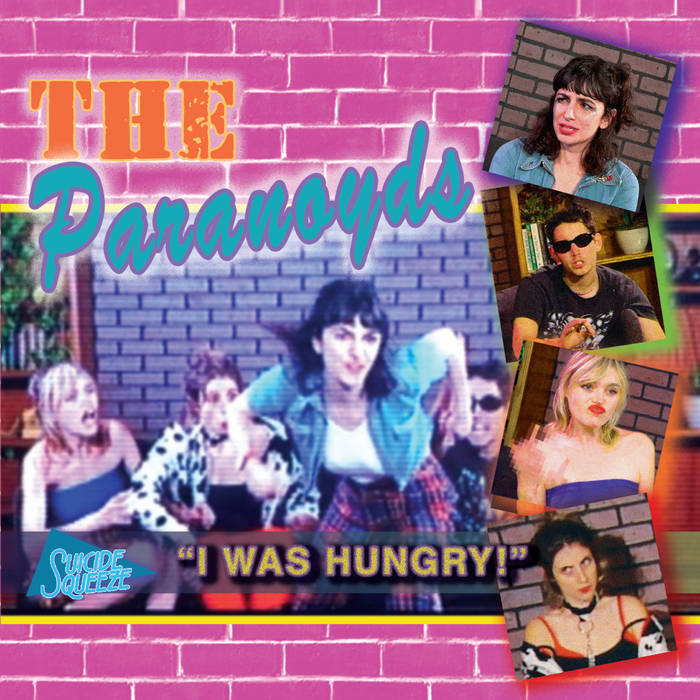 Justin from the Midwest

Your phone, your TV, your computer - who (or what) is watching you? It’s an oft-asked question we ask in the digital age, and one that The Paranoyds echoed when it comes to the origins of their name. Part of a generation immersed in documentation, oversharing, and ease of surveillance, The Paranoyds know better than anyone, it’s scary out there. But the band’s fearless pursuit of a good time won’t stop them from crafting the kind of gritty, Southern California garage rock that refuses to hide.

The core of the Los Angeles four-piece began with Laila Hashemi (keyboardist-vocals) and Lexi Funston (guitars/vocals) whos friendship carried from preschool days to the halls of the Santa Monica-Malibu Unified School District. Ditching the playground for a practice space in high school, they caught up with Staz Lindes (bass/vocals) and welcomed David Ruiz (drums, vocals) in 2015. The Paranoyds’ mission to craft songs with the gritty spunk and dark playfulness of a cult-classic splatter film is shared equally. The band notes that “Lexi and Staz are the predominant writers but the songs get all their true personality once David and Laila have something to say about it.” Their self-described “sister vocal act” shares the snarling, over-it-but-totally-into-it vocals throughout their songs, moving from dirty surf-pop guitar jams to power-packed garage rock.

The Paranoyds’ debut release on Suicide Squeeze offers a taste of what The Paranoyds have been performing on the road. Once back in their native Southern California, the band began work with Mark Rains at Station House Studios to follow up a handful of EPs that have previously captured the bands’ energetic and exciting sounds. “Hungry Sam” is a binge-worthy feast of chugging guitars and belly-rounded drums that stands as a live show favorite for the band. Funston sums up the regret and dread of dealing with excess, leading the band in a chorus of “I was hungry”, and her manic laugh is the bursting point which sends the band on a downward spiral. Hashemi’s kooky, playful keys sound like the soundtrack of a final lap in a classic video game, powered by Ruiz’s rumbling drums and a wipeout bass walk from Lindes. B-side “Trade Our Sins” is a cautionary slowdance fit for the end of the night or the end of the world. Desire’s doomsday has arrived, and as Lindes warns “the train is coming” over a simple waltz of guitars and keys, we hear of two lovers in a now-or-never moment to share in sins delights before it’s too late. All seems well though, as the song closes with a cheeky whistle punctuated by ecstatic moans and a final, satisfied sigh. While the band describes this b-side as a one-off from their core sound, it offers an enchanting, seductively playful gem for those wishing to know a sultry, downtempo side of the band.

Perhaps as rejection of the digital construct in which self-promotion thrives,The Paranoyds have kept a low profile on social media, keeping in the punk traditions of eschewing societal norms. They do what precocious punk bands do best - hit the road and make the world listen. They know the world is watching, from their outings as direct support for DIIV, Albert Hammond Jr., Sunflower Bean, and BRONCHO. Inevitably, more eyes will be on The Paranoyds, and they have the power to let their snarky, punk driven paranoia drive them to the sweet spot of insanity.

Featuring appearances from Kari Faux, Bluestaeb and and interview with NY-bred artist Wiki